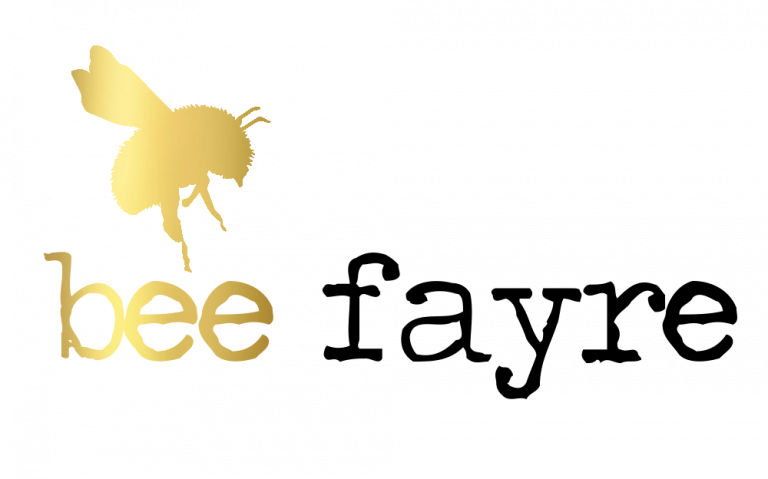 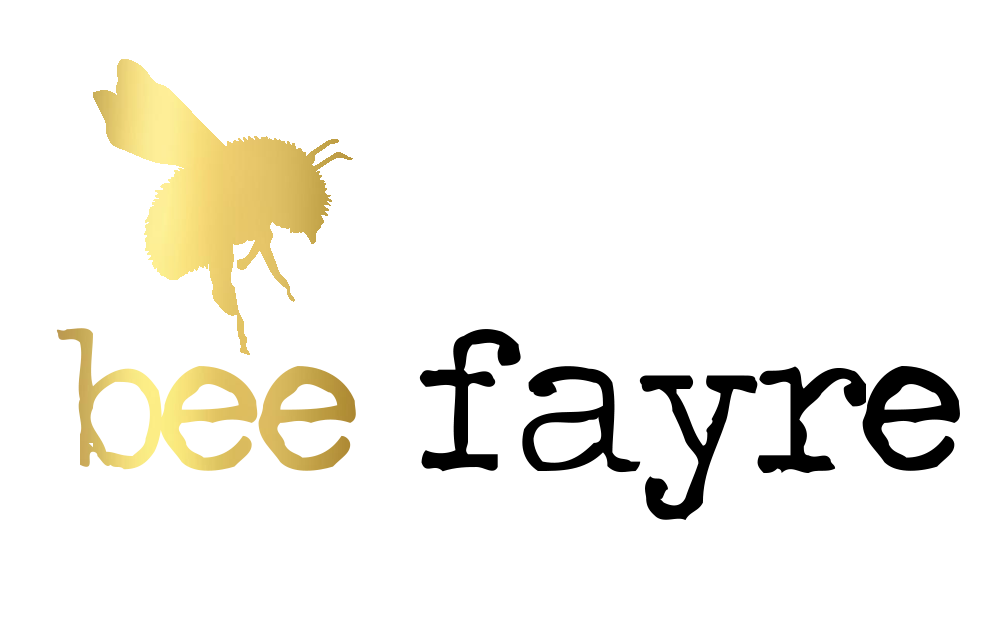 Bees and the Problem with Neonic Pesticides (2014 Update)

This is such a huge topic and I just want to provide you with a quick overview of our relationship with bees and some of the problems, controversy and speculation surrounding their depleted populations.

Also there are solutions, as the situation is salvageable. Each and every one of us can do their bit to help. Bees are fascinating and quite amazing creatures. Their lives are inextricably linked to ours by the services they freely provide.

One third of our crop production is dependent on bee pollination; indeed they are the most important pollinators. To stay healthy bees need to collect pollen for their protein and nectar for their carbohydrates by moving from flower to flower, blossom to blossom, freely providing a pollination service in the process.

One in three mouthfuls of food we eat is dependent on the services from our bees, we would loose most of our fruits and vegetables should bees become extinct. And what a bland diet of bread, porridge, fish and mushrooms we would have!

Indeed they have already disappeared in some areas of the world. In the Sichuan province in China villagers have to hand pollinate their fruit trees by hand, a time consuming and not so efficient process, due to indiscriminate use of pesticides and the death of their bees.

Bees have been on this Earth for 50 million year. About 8 years ago colonies started dying out at an unprecedented rate for a myriad of reasons.

There are 20,000 species of bees in the world… we have 267 species of bee here in the UK, represented by one honeybee; the charismatic bee humans have had an interaction with throughout millennia! We have 24 species of bumblebees and 225 solitary bees (who we owe much to as our pollinator champions.)  A red Mason bee can do as much work in one hour in an orchard as 125 honeybees!

Honeybee society (often 30-50 thousand bees in a hive) represents a super organism in its truest form; they all work selflessly for the good of the hive and future generations in a purely altruistic sense. Within their deeply complex social structure bees draw many associations towards a monarchical feudal society.

This unfortunate combination has sadly resulted in massive declines.

Habitat loss been the most important cause, since the second world war we have lost 97 %of our wild flower meadows in the UK.

Agricultural practices changed, we have a dysfunctional food system that now works against the natural balance instead of with it.

Mechanised farming systems have damaged the delicate balance of our ecosystems and bee populations as predicted by Rudolph Styner in the 1920’s. The monocultures now favoured by many farmers especially those in the US have greatly upset the natural balance. Bees just like us need a varied diet to keep them healthy and happy.

Pesticides…  on average 6-18 different pesticides have been found to be present in samples of pollen taken from bees on their return after foraging trips. These include insecticides and fungicides.

We then come on to what I believe is our present day DDT … the neonicotinoids, neonics for short. These are systemic pesticides that are coated onto the seed before planting. The chemical’s involved namely Imidacloprid or clothianidin are distributed throughout the plant as it grows. The bee collects the pollen, and by ingesting some toxins from the pollen, memory loss occurs, as they act as strong neurotoxin and field tests have shown the dramatic effect they have had on populations of honeybees and bumblebees. They will also affect our solitary pollinators but those declines are more difficult to ascertain. A few weeks ago the Netherlands ordered an immediate and complete ban on neonics both in agriculture and retail sales for garden pesticides. A resounding success, if only we would follow suit here before it’s too late. There are many bans in countries throughout Europe now, but sadly the UK has the poorest record in recognizing the potential destruction these chemicals are causing. There is a partial 2-year ban from this year on but there is speculation as to the effectiveness of such a time frame.

We need a shift towards ecological farming practices. Bees are exposed these days to a cocktail of toxic pesticides. Our current agricultural models are based on the intensive use of toxic chemicals, namely neonicotonoids, large-scale monocultures and corporate control of farming by a few companies like Bayer and Sygenta. It does not help that the NFU in Britain does not support the neonics ban. Farmers are frightened not to use these very expensive pesticides in case their crop yields diminish. The chemical companies are powerful and have a lot of control. Ian Patterson the Environment Secretary is also pro the neonics debate, so as far as the outlook and thinking goes we are way behind in Britain.

I attended the pollinator debate at Westminster last year. It seems obvious to all that most government officials and MP’s are really bad at listening or articulating the science presented to them. There have been many field trials now all showing a direct correlation between pesticides and bee losses. Field trials were conducted on Bumblebee’s and they found an 85% reduction in new Queens being produced when exposed to flora and pollen containing sub lethal doses of neonic’s (Dave Goulson – Sussex University.) As to how to determine the losses in the solitary bees, the real heroes of pollination, its going to be difficult to define but we know its happening.

Then if all that hasn’t created enough of a problem, loss of habitat, dysfunctional post war agricultural practices, pesticides, herbicides, fungicides, neonics (the worst of the lot) the bee hives and bees generally are prone to bee diseases, pathogens and pests which can easily attack an already depleted hive. The Varroa mite is the leader in this area causing significant losses. The mites pierce the exoskeleton of the bees and a host of other diseases then take a hold such as Israeli paralysis, chalk brood, European foul brood nosema, and tracheal mites.

Colony Collapse Disorder (CCD) was the collective name given to honey bee colony collapse disorder in 2006 … the cause being a medley of the above-mentioned problems. Further to this climate change and potentially electromagnetic interference  also place stresses on an already stressed population.

However there is hope and there are things we can do, each and every one of us. We all need to behave like a member of a bee society, all our actions adding to create the driver of change.

Plant flowers in your gardens, lots of them, particularly species bees like that yield high levels of nectar and pollen, often blue and mauve flowers. Bees see in ultra violet vision and these flowers yield high nutritional desirability. Lavender, comfrey and borage are the champagnes of our gardens, along with herbs especially herb beds.  So plant as many native species as you can, vipers bugloss, clovers, vetch’s, thyme, selfheal, speedwell, foxglove, hawthorn, columbine, in fact most of our wild flowers…leave those you have and plant extra species. There’s lots of information online regarding both our wild flowers and .

But and there is a big but, do not ever, ever use pesticides in your garden, there are some great home made organic weed killers that you can make that won’t kill the bees. Those other dreadful chemicals that are still sold in garden center’s kill the bees, just do not ever buy or use them. Leave wild corners in your garden where you can, the bees love many of our nectar rich wild flowers, look closely at your garden; sit, listen and see what you can find. It’s a remarkable and fascinating world to observe out there.

Bees act as a barometer of the health of our planet. Protect them and protect our future. 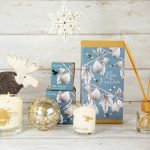 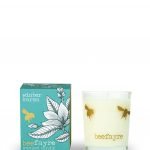 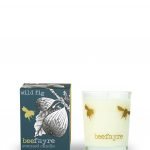 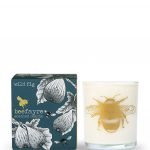 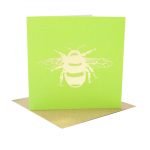 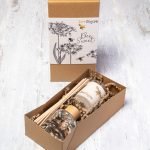 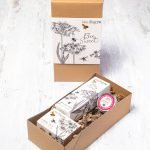 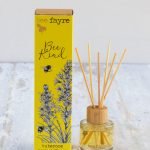